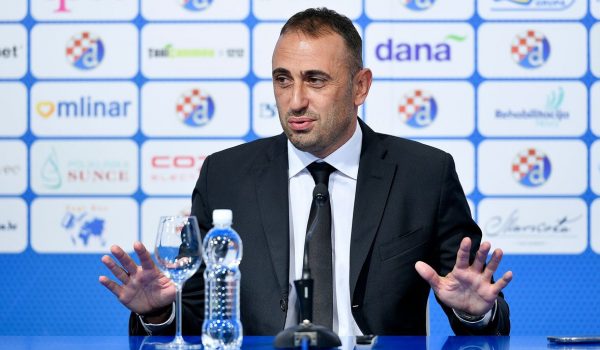 Ivaylo Petev has been unveiled as the new coach of Dinamo Zagreb, leaving his post in charge of Bulgaria to sign a two-year deal with the Croatian champions. The 41-year-old Petev  had been coach of the Bulgarian national team since 2014 following spells at Ludogorets Razgrad and AEL Limassol, but has now opted for a new challenge at Dinamo, explaining: “I’m happy to come to Dinamo. Twice before we couldn’t agree terms, but this time I think the moment was right. I have always wanted to work at a club like this.”

“I only have success on my mind,” added Petev. “I want us to become a great team. We have a lot of work to do, and it won’t be easy, but we’ll work hard and I’m sure Dinamo will be back where they belong.”

“This is big news,” said Dinamo director Tomislav Svetina. “We got Petev as we strongly believe he’s the best choice for us. He’s young, full of motivation, has some great results behind him, and he knows this team. It’s not easy to take over before the big derby against Hajduk, but he wanted to do that.”

Petev’s first UEFA Champions League assignment will be against Sevilla in Zagreb on October 18.

Petev named as the new coach of AEL Limassol

Ivaylo Petev has signed a new contract with Dinamo Zagreb. His current contract runs out…

Ivaylo Petev is the new head coach of Omonia Nicosia