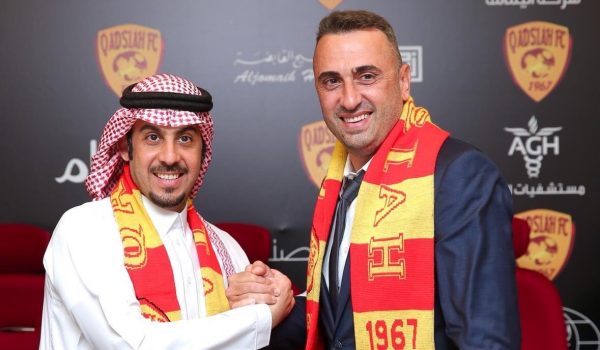 Ivaylo Petev is Al-Qadsiah new head coach. The two-time Bulgarian champion with Ludogorets accepted the offer of the 14th in Saudi Arabia’s Pro League, and was officially presented as the head coach of the team earlier today.

At the moment, Al-Qadsiah is in a difficult situation. After nine rounds in the local championship the team is in the relegation zone. Petev’s goal will be to stabilize the team and get it out of the bottom of the table. His official debut will be on November 23, when he takes home to Al-Raid.

On the Arabian peninsula Petev will work in a team with Vitomir Vottor, Evgeni Kolev and Emanuel Lukanov. The 43-year-old’s assistants were also presented officially, posing to local media together with the manager Victor Venkov, who helped implement the deal.

Ivaylo Petev is the new head coach of Omonia Nicosia

Ivaylo Petev won his first ever Bulgarian title as a coach

Ivaylo Petev won his first ever Bulgarian title as a coach. The great achievement was…

Bulgaria have appointed Ivaylo Petev as their new coach, the 39-year-old succeeding Luboslav Penev who…